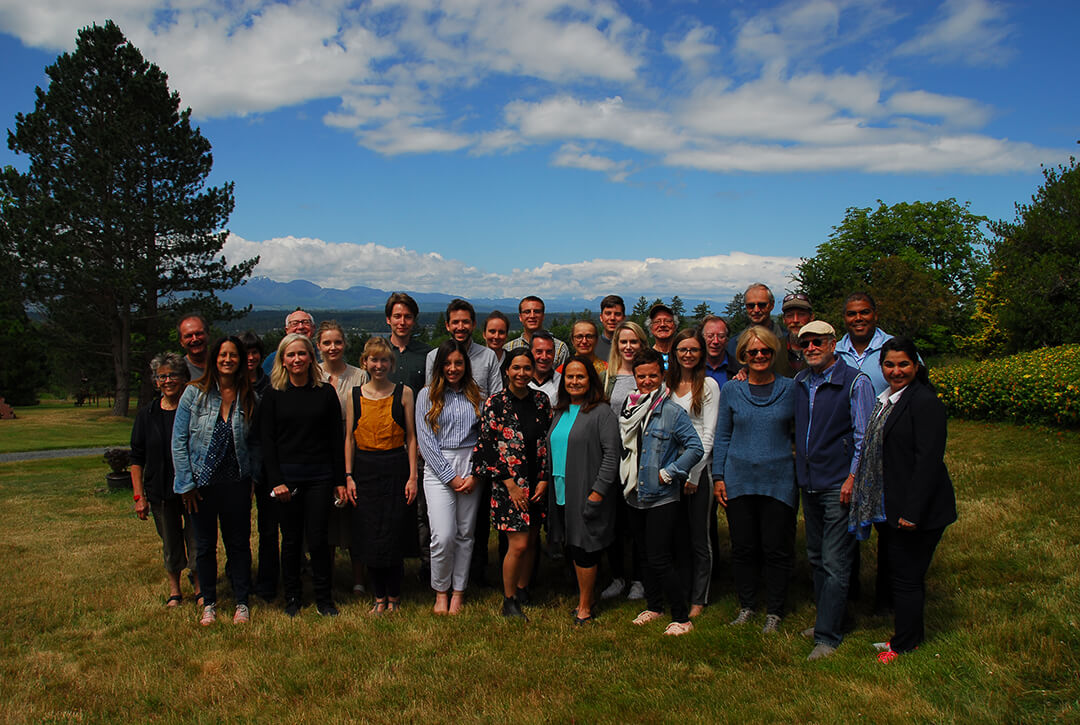 THE ANNUAL COMPANY OF IDEAS FORUMS

Since 2008, Company of Ideas Forums have explored the biggest issues in art. Each annual event tackles a major philosophical question about the meaning, function and value of visual art in a debate format. Speakers are drawn from all corners of intellectual and creative life. Art historians, philosophers, political and literary theorists, novelists, musicians, artists and environmentalists are asked to deliver intelligent and accessible papers that present clear positions. Students and other delegates are given formal space to engage with these big ideas, leading to interdisciplinary and inter-generational debate about matters of profound and enduring importance.

Art and Moral Conscience The Company of Ideas was established by Jeffrey Rubinoff in 2008 to discuss major issues relating to art and society. Of Rubinoff’s many concerns, the most fundamental related to morality and conscience. Rubinoff believed that a ‘mature individual conscience’ was not only the basis for original art but also for sustained social engagement. He was convinced that serious artists were obliged to address the biggest issues of their time, which in his view were the ‘existential threats’ of nuclear weapons and human genetic engineering. In doing so, they could influence their audience’s thinking and contribute to historical change.

Rubinoff, of course, was not alone. The moral duties of artists have been debated since antiquity, and amid the unprecedented violence of the twentieth century those roles became more necessary than ever. From Otto Dix’s eviscerating critiques of World War One to the anti-Vietnam protests by the Fluxus Group, modern artists consistently took a stand against the politics of their time. This moral positioning is now a dominant feature of contemporary art, with artists tackling issues like the refugee crisis (e.g. Ai Weiwei), environmental degradation (e.g. Agnes Denes), and social justice (e.g. Jeremy Deller).

At this year’s Forum, we explore the relationship between art and moral conscience. Over the course of two days, academics and students will interrogate a cluster of questions that were of fundamental importance to Jeffrey Rubinoff. These include, but are not limited to:

Student sessions will take place at the conclusion of each day’s proceedings, in the early afternoon. Participating students are required to prepare a ten-minute presentation. Student presentations will be followed by questions and group discussion. Students can talk about any topic they choose, but are required to address the larger issues of the Forum. They may wish to address one or more of the following questions:

Proceedings of past Forums

Rubinoff ‘Insights’ statement is a record of how he understood his art to be as an act of will in accord with his conscience. They form the basis for the themes addressed by the Company of Ideas Forum.

Sarah Hegenbart, Technical University of Munich
Art and its Freedom to Be Political