2000-4 | ’These are vertebrae. It is a vertebrae series’, said Jeffrey Rubinoff. In his penultimate group of works, made in the first few years of the new millennium, Rubinoff continued his exploration of organic forms, basing the majority of his sculptures on bones in the spinal column. This time, however, he cast them entirely in stainless steel, which gave rise to a graceful, snaking series of compositions.

After the sinuous curves of 8-1, this piece returns to a more geometrical vocabulary. The base is largely vertical, which rises to cradle the crowning motif like a pair of callipers. The ‘crown’ itself is based on the vertebrae of a deer, though here abstracted into a head-height cylinder through which one can look up towards an elegantly framed sky.

The fourth piece in the series is the most sinuous of all. The support proliferates from two to three tendrils that rotate around each other as they loop into an extravagant S-shape, suspending the vertebrae at an almost horizontal angle, like a bird flying into the distance. Despite its delicacy, Rubinoff carefully engineered this and other pieces in the series to withstand 60mph storms often experienced on Hornby.

Rubinoff’s late works might look very different from his early works, but all are infused with his enduring preoccupation with kinetic energy, visual counterpoint and weightless lift. This penultimate piece embodies all of those qualities. It is a tightly sprung work, in which the support separates and unites, whipping and curving its crowning motif into the air. 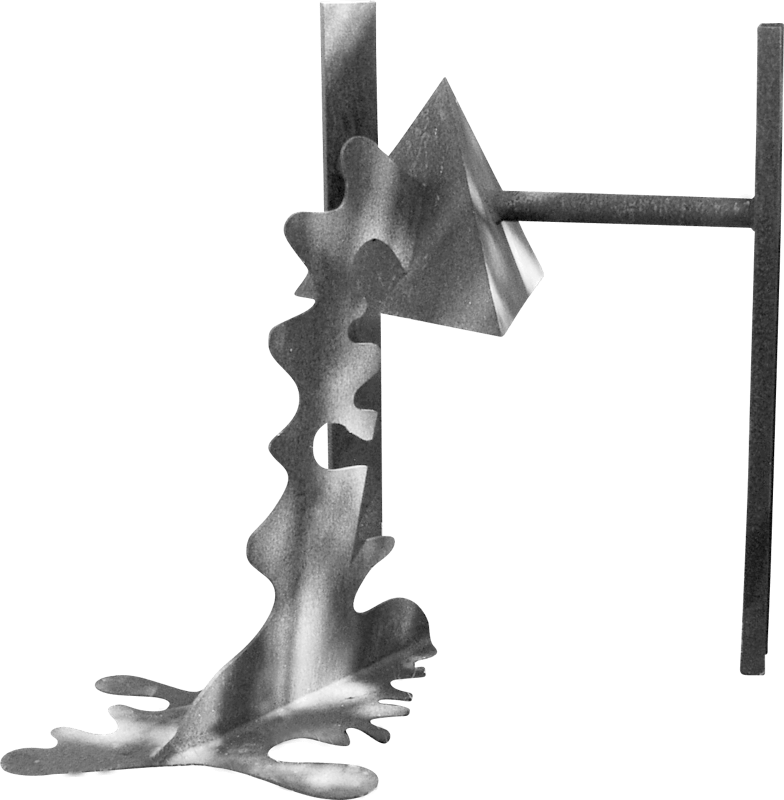 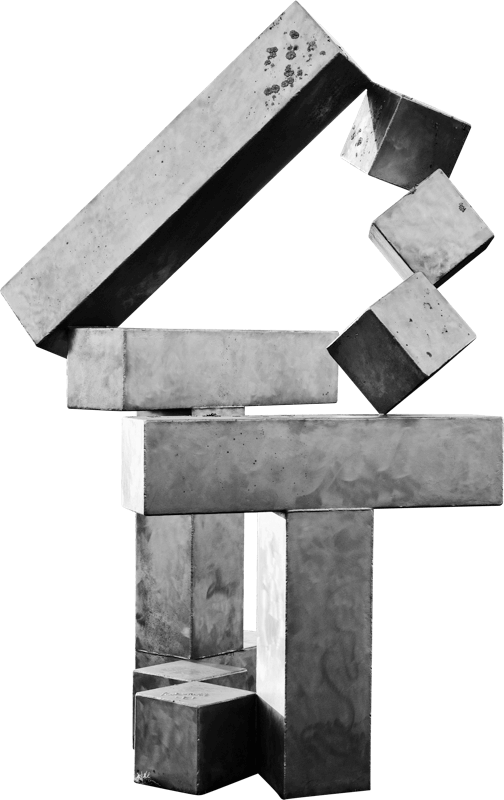 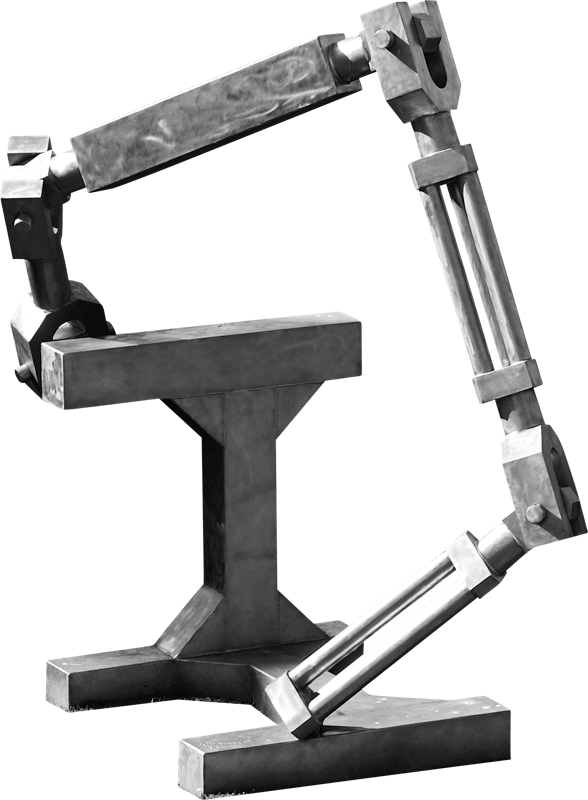 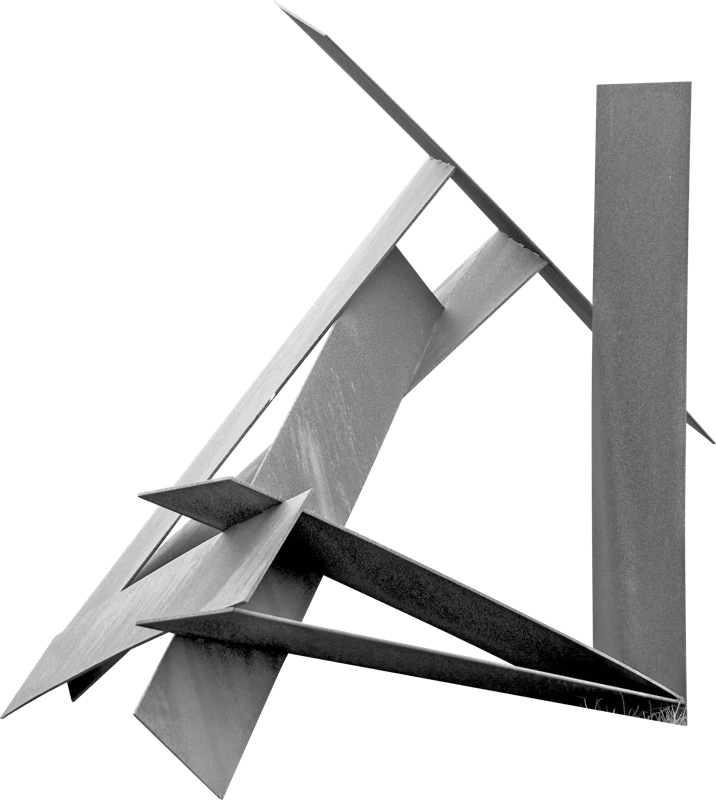 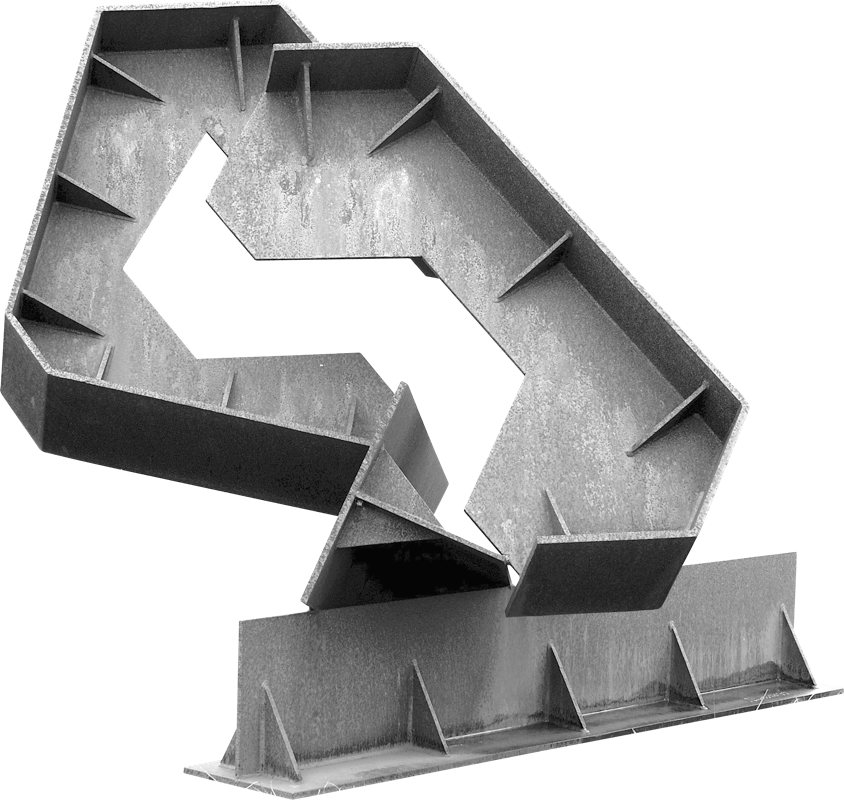 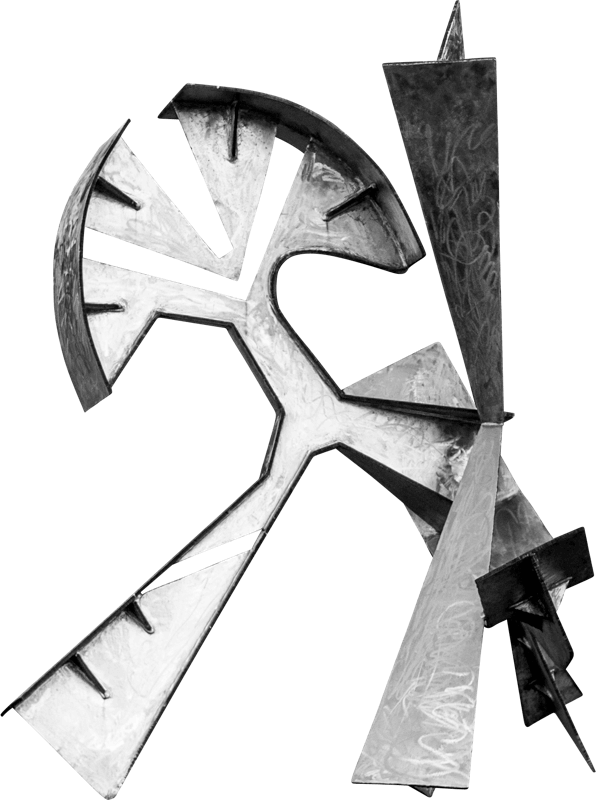